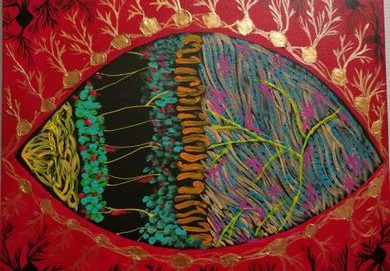 Over the past year I have been organising programmes of what I call ‘seasonal ritualised singing celebrations’ that would to all appearances seem to be celebrations of ancient British and Brythonic pagan festivals—Imbolc, Ostara, Beltane, Yule, and so on—except that I have no pagan nor, in general, religious affiliations. And yet I would still celebrate every Solstice and every Equinox, every cardinal point of the pagan year, as I feel this is something aesthetically, artistically and psychologically rooted very deep in our collective cultural psyche and therefore resonates still at some level in every one of us. A cultural archaeology of, by way of example, “trick-or-treat”-ing at Hallowe’en reveals its liturgical history in All Hallow’s Eve now forgotten by most, which in turn unearths ancient Celtic harvest festivals, particularly the Gaelic festival of Samhain; and an oral tradition has preserved for us the songs that celebrate this rich multi-layered heritage.

In this respect I understand spirituality in a broad perspective, a searching for meaning and interconnectedness, and in many cases a sense of transcendence. My celebration is intended to be open to all faiths and beliefs, and I think we can find common ground in acknowledging that the Solstices, the Equinoxes and the phases of the moon are real facts we can easily agree on.

So the finding of common ground is a fascinating endeavour for me. And another factor that adds to these workshops is ritual. And I want to tell you about something that happened to me a couple of years ago on 14th June 2017, when the Grenfell Tower tragedy happened.

I was then, as now, leading a singing group at the Latymer Community Church, very close to the tower block. Two days after the fire I was called and asked if I could lead the singing for the interfaith service-candlelit vigil that was taking place that very day on the street in front of the Church. I had never been in an interfaith service before, but I wanted to help with what I could, so I accepted and rushed to prepare a few songs for the people. I won’t go now into the details of the narrative on how it was to get there and what I witnessed, as I was trying to do my best in such an emotionally charged atmosphere, in such drama. It was a tremendous experience that impacted on me immensely at an emotional and physical level.

I had never been to a service like this before, and I had also never before witnessed such sense of unity, when literally hundreds of people in the street, from all beliefs and faiths, were holding hands, crying and singing together and hugging each other, showing unity in getting organized, supporting and helping each other, being available for whatever was needed and also in song, that manifested with tremendous strength.

There was the Imam, the Christian priest, the Rabbi… all coming together, the very hospitable Sikhs running free food stalls, and I felt like “this is how things should be”, watching a segment of the world where they all supported each other, very different to what we many times see in the media and amongst people with a higher rank in the power hierarchy. But having said that, I also realized that something was missing. It would be a good idea to include a representative of secularism in an interfaith service, to have it complete.  And considering that according to survey by BSA (British Social Attitudes, 2017) more that half of the UK population has no religion, it only makes more sense to me that secularism is represented in an interfaith meeting. 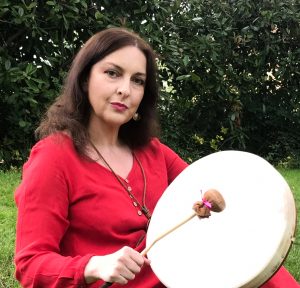 I have been working as a singer and voice leader for more than twently years in the private and public sector, and now offering the best of what years of reflective practice and personal background have inspired me to put together in the shape of creative group sessions, presentations and performances, all curated and oriented to promote and enhance creativity and wellbeing.

A classically trained singer, I have performed historic music (medieval to romanticism) before I became an improviser, with performances with various ensembles (Punto Cero, FOCO Orchestra, and London Improvisers Orquestra in numerous improvisation festivals).

With a degree in History and deep interest in psychology, visual arts and dance, I ground my work in the exploration of the creative performer and the relationship between health and wellbeing and the arts, through either Singing4Health CIC, dedicated to singing with people who risk becoming isolated because of age, disability, or the demands of a role as carer, or through Voice Magic for the general public who looks for an experience where singing is a way to celebrate and feel a sense of connection and belonging.

I want to offer ritual for people who wouldn’t normally be a part of it, the skeptic, the non practitioner and/or the people who go unaware of every days little rituals…but have a longing for a sense of magic in their lifes. And music is a big part of it.” 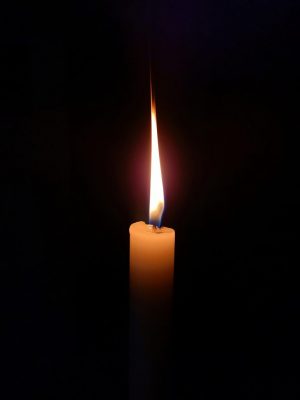 As much as some talk about “spiritual atheism” I would add to it the concept of “sceptical paganism”, as a way to mean we who would celebrate nature, without esoterism or structured religion in it. Unless we consider that the spiritual is not necessarily the presence or the existence of the spirit, but rather as opposed to materialism, so that would be people who are interested more in meaningful experiences. This would certainly include the concept of spiritual atheism, and to this I can add the fact that I can actually embody and feel the same (or more) feelings and emotions of oneness and connection as when I was religious, as I was brought up in a Roman Catholic tradition from which I inherited a love for rite, and can remember myself creating ceremonies of my own from a very early age.

As humans in the past revered the seasons and the elements, we need more than ever to acknowledge that nature and the planet are our home, and the most important thing to care for, and why not, honour. Besides, I notice that with growing numbers of people with non religious beliefs, secular society is missing out in something important: ritual. And there is a big need for ritual in society.

Rituals help us transition from a stage to another, they support us in grief or in celebration, they can help us centre our mind and set our intentions and course of actions for a period of time, they can help us feel a sense of togetherness in a community and they provide us with meaningful experiences in our life.

So many of us don’t want to go without ritual, be they already part of an organized system, or of our own creation. I rather create. I can’t really cope with the commercial and consumerist sides of Valentine’s or Christmas, but only happily will when that side has been tweaked, softened, or even better, substituted by a real sense of community or connectedness to your inner self. 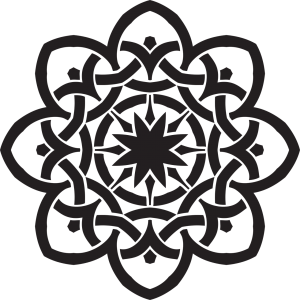 How do I go about it for these celebrations? In a most reflexive way. After having considered my experiences, what I really feel and believe and what I can offer to others, I know I will do it from an honest position, from a place of truth of who I am, and at the same time inclusive of other positions and beliefs. So the interfaith approach is indeed the one that speaks for me, the one that speaks authenticity. I will be feeling connected in my mind to the concept and reality of Spring, the equal duration of day and night, the concept of equilibrium (external and in our mind), and how this can manifest in our bodies and voices. And I will feel a sense of sacredness in which I don’t believe in my mind, but my emotions can recall. And I will aim for that sense of connectedness and wholeness, and realise the beauty of people approaching the singing workshop and living it according to their own beliefs, around a common ground that provides a safe environment.

It was through my contact with Rev Prof June Boyce-Tillman, Professor of Applied Music at Winchester University and founder of the Centre of the Arts as Wellbeing at that University, where I had the pleasure to meet her, when in a long conversation she said something interesting about living in a post-spiritual time. She said that people need to have meaningful experiences to make sense of their lives, and that singing leaders and in a way, are mentors who can support in the providing of these experiences.

In a time of climate change emergency, where awareness and joint of all our strengths are needed if we would like to survive in this planet as a species, awareness on the only thing that we really have, this planet, is essential, is vital and if there is a way to contribute to this awareness by creating sense of community around nature, I won’t lose a moment in doing my bit.

An event that celebrates something as natural as the seasons, that is embracing and inclusive to a great range of beliefs, is indeed what I attempt to construe with seasonal mindful celebrations with singing.

In an increasingly secular society, the artist is the new Shaman. The artistic mind, the creative, can be a vehicle that connects the material and natural world and the world of the psyche, and if seasoned with a thorough artistic and humanistic training and knowledge of cultural, and social references, the artist makes herself capable of providing the public with aesthetic experiences, physical, psychical, emotional, intuitive experiences. The creative mind is in contact with the inner world and expresses it in relation with the perceived world, as being an artist means to be in touch with the world of the abstract. 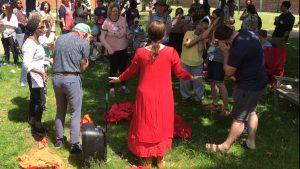 In an increasingly secular society, the artist is the new Shaman“

The performer or the workshop leader can be both at a time, and provide audiences, participants or service users with experiences to immerse in, where to play as children, get together as a community, become more aware of the natural world or even get in touch with a special sacred space within, whatever that may be. 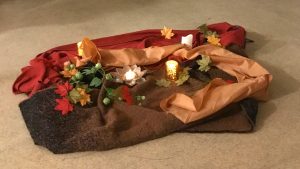