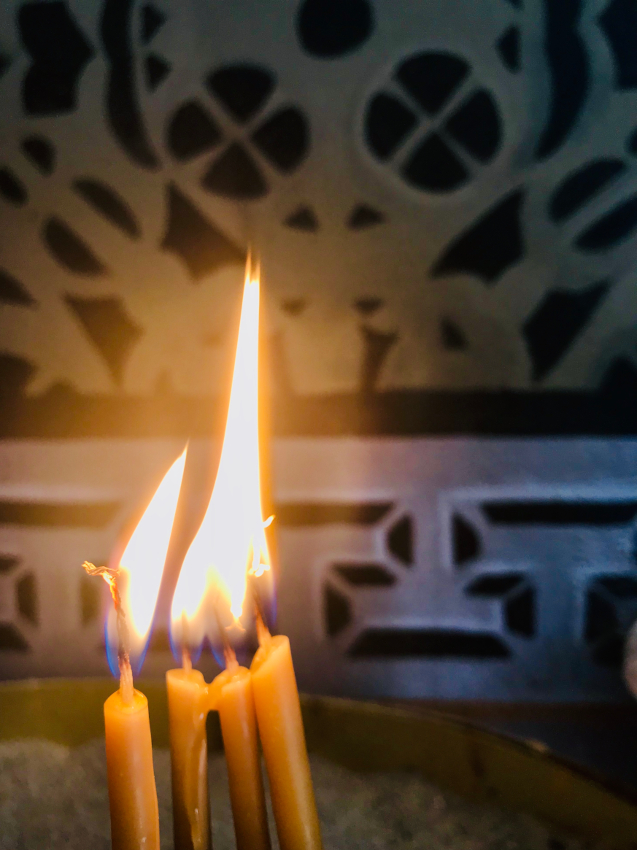 During a typical summer evening rehearsal in 2018, a talented young Congolese refugee raises his hands expectantly, his eyes resting momentarily on each person in front of him. As he lowers his hands for the downbeat, voices raise together as one, echoing off the walls of the tiny Catholic Church. Just outside the cool refuge of this diminutive church, the busy market street of Mytilene, the capitol of Lesvos, thrums with activity.

The Greek island of Lesvos, home to approximately 85 thousand residents, is located less than ten miles from Turkey and sits on the frontline of the refugee crisis. In 2015 alone, more than half a million refugees fleeing conflict and persecution found temporary shelter on Lesvos. In March of 2016, the European Union and Turkey formed an agreement declaring that people crossing the Aegean Sea without formal travel documents would be detained on the Greek islands until their asylum applications were examined. Though this agreement served to greatly reduce the number of refugees arriving on European shores, lethargic bureaucratic movement ensured that those who did arrive were to settle in for an unspecified wait, lasting from months to years.

Despite the undefined length of stay and the lack of autonomy that refugees experience on Lesvos, community bonds are powerfully forged through nationality, familiar food, making music, and worshiping God. Formed in 2017 by a Congolese musician, the refugee choir of the Catholic Church of Mytilene is an example of the therapeutic value of choral singing for marginalized people. Valere, a mechanical engineer from the Democratic Republic of the Congo stated, “Here in the church, I got back my voice and my pride. I was really happy.”

Through interviews, auto-ethnographic reflections, and literature review, we examine how participation in this choir helps refugees feel a sense of community and connection to those around them as well as those left behind in Africa. We explore the conditions that prompted the formation of this choir and the importance of music and choral singing in the lives of the participants. This choir is an example of the power of community music making in transient conditions, where the present location is merely one step of a much longer journey.

We owe a large debt of love and gratitude to the incredibly talented man who started the choir and gave a voice to his community. Filling his shoes as director, even temporarily, was one of the greatest and most rewarding challenges of my career. Upon my return to the United States in October 2019, Eirini Papanikolaou, a co-author of this presentation, took up the baton and has worked tirelessly through the Covid-19 pandemic to maintain a musical outlet for a community already beset with trauma. The voices in the refugee choir of the Catholic Church of Mytilene sing beautifully of the importance of community, music, and worship.

Any cookies that may not be particularly necessary for the website to function and is used specifically to collect user personal data via analytics, ads, other embedded contents are termed as non-necessary cookies. It is mandatory to procure user consent prior to running these cookies on your website.